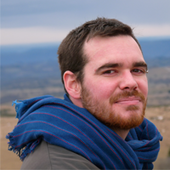 Jérôme Prunier (2019-2020). Jérôme is back to pursue his works on biological connectivity in rivers. Finalizing our new index of fragmentation and developing new ideas involving epigenetic marks...Some news in some months...
His salary is paid by the AFB. 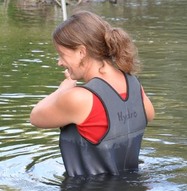 Charlotte Veyssière  (2019-2021) is a engineer helping on various projects. She mainly takes in charge molecular analyses such as DNA extraction and microsatellite typing. She is also an excellent net angler and she knows almost all musical meeting in the region/

Hes salary is paid by the  ANR and she is in charge of molecular work for several projects. 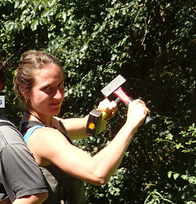 Camille Poésy (2018-2020) is an engineer in charge of field surveys for the iBEF project (link between intraspecific diversity and ecosystem functioning). She is setting the surveys and she ensures the data collection for biotic and abiotc parameters. She is also identifying invertebrates and she helps on many other project.

Her salary is paid by the ANR and by the Labex TULIP. 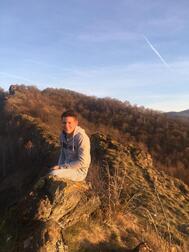 Maxim Lefort (2020-2021) is a field engineer helping on different projects (iBEF and PKD). Maxim has various competences and his help ranges from the organization of field surveys to data acquisistion in the Aquatic Metatron.

His salary is paid by the ANR and by the OFB.

Laura Fargeot (2019). Laura is investigating the epigenetic structure of two our favorite fish species, the European minow and the Occitanean gudgeon.

Orlane Scelci (2019). Orlane is investigating genetic introgression in wild brown trout population. She is working with the Fédération de Pêche de Haute-Savoie on a historical dataset.

Eglantine Mathieu-Begne (2016-2019): Eglantine was a PhD student on the dynamics of infection in host-parasite interactions. She is now a post-doc At the University of Perpignan.

Kéoni Saint-Pé (2016-2019): Keoni was a PhD student working on quantifying genetic connectivity in several brown trout population in France. He is now working at Scimabio.

Allan Raffard (2015-2018): Allan was a PhD student (and a post-doc) working on the causes and consequences of intraspecific biodiversity in rivers. He was co-supervized by Julien Cucherousset and Frédéric Santoul. He is now a post-doctorate in Belgium

Lisa Fourtune (2013-2016): Lisa was a PhD student working on patterns and processes of intraspecific diversity in river networks. She moved to the Evolution and Biological Diversity lab' in Toulouse for a one-year assistant-professor position.

Jérôme Prunier (2013-2016): Jérôme was a post-doc with us working on population genetics and genomics. He did not move far away as he is still with the EEDYL team working with Virginie Stevens.

Lieven Therry (2014-2016): Lieven was a post-doc with us working on the causes and consequences of dragonfly invasion. He now moved back in Belgium to begin new life and scientific projects

Nicolas Canto (2013-2015): Nicolas was a ingeneer with us employed on several projects. His specialties were field sampling and sample organization. He is now working with the Fédération de Pêche du Gers.

Elise Mazé-Guilmo (2013-2015): Elise was our first PhD student on Tracheliastes polycolpus. She did excellent experimental and empirical works, but apparently the parasite was not living close enough to the mountains for her. She therefore moves her interest for mountain sheep as a sheep-keeping girl.

Audrey Trochet (2013-2015): Audrey was a post-doc in our team for two years. She is a highly motivated and keen researcher and she is now searching for a new (permanent ideally) position.

Olivier Rey (2012-2015): Olivier was a post-doc in our team for three years. He is also an excellent friend (from a longtime) and he is continues working on fish as a post-doc in the Consuegra's lab in the UK. We will for sure find opportunities for futures collaboration and good moments.

Ivan Paz-Vinas (2010-2014): Ivan was a PhD student with Gé and I. I opens our mind to genetic simulations, which proves to greatly advance our understanding of river networks and set the beginning of new projects. He is now a post-doc in Marseille with Caroline Costedoat.

Vincent Dubut (2011-2013): Vincent was our first post-doc and he was courageous enough to face the cold winter of the Pyrenees. Actually I'm not sure whether he or the Pyrenees won the fight...By the way he has an excellent knowledge about molecular techniques and red wine; we therefore learn (and drink) a lot. He is now a permanent research engineer in Marseille  and we are still collaborating.